Its official the 2nd best place to walk you dog is in the New Forest. It has been described as the largest unenclosed area of land in the south.

Now the New Forest, famous for its stunning scenery and wide open spaces, has a new title because its the second most popular dog walking zone in the UK.

The  Forest is preparing to stage Dogstival, billed by the organisers as the best day out a dog could wish for.

Chris Packham is hosting the the two-day festival at Pylewell Park, near Lymington, on May 18-19 and it includes dog show acts from across the country, plus talks by experts and a pets’ pampering zone.

The Forest’s popularity as a dog walking area has been revealed, by Trusted Housesitters. The pet and house-sitting organisation says it analysed – nearly 12,000 social media posts about dog walking in the UK over the past year.

A Trusted House sitters spokesman said: “We looked on social media, to see which locations people were posting about the most when walking their dog. And a massive 11,894 posts on Instagram, Twitter and Facebook were counted and the results are in.”

“It offers one of the largest remaining tracts of unenclosed pasture land, heathland and forest in southern England,” said the spokesman.

“Awash with wild ponies, deer and beautiful trees, it’s an incredible place to explore with your dog. 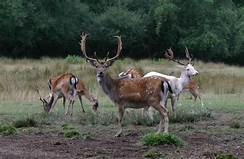 “The Forest is also steeped in history. It was proclaimed a royal forest by William the Conqueror and featured in the Domesday Book. Nowadays, it provides the perfect escape for animal lovers.”

The New Forest National Park Authority (NPA) estimates that as many as 25,000 dogs are walked in district every day.
An NPA spokesman said: “Dog walking is very popular and it’s a great way to enjoy the fresh air and exercise and local dog walkers are among the most passionate supporters of the national park. 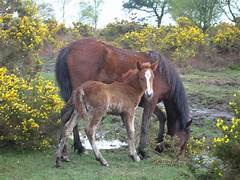 “However, with animals, sensitive wildlife and rare plants, special care is necessary when walking in the Forest.”